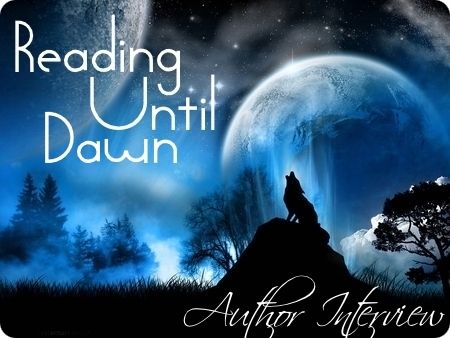 1. Have you always dreamed of becoming an author?
If not, what inspired you to become one?

Since I was twelve I've been hand writing novels. My first one was 2000 pages. My dad was a writer and he died of lung cancer in Oct. 2012. I told him in the hospital I would be famous. He turned to me and said, "I don't doubt it." Now I am even more determined.

2. Did you enjoy reading books as a child?
If yes, what books were your all time favorites?

I didn't start reading until I was 12. I never understood how my parents could spend hours and hours with their noses in books. It seemed so boring. Little did I know I would develop the same passion and then some.

3. Are any of your characters based off of people in real life?
Like yourself or friends?

No, not really. They are totally different than me and everyone I know. More courageous, more intense and more dedicated to their causes than any real person could ever be.

4. I'm pretty ignorant to the whole process of publishing a book, but one thing I do know is that writing one takes a whole lot of effort and time. Have you ever just wanted to give up?
If yes, what gave you the inspiration to keep going?

I never once wanted to give up on my friends, and I mean, they are literally some of my closest friends. I listen to their advice, they tell me where to go, what to say and how to say it. I love them! To give up on my series would be like abandoning my children at this point.

5. Why did you decide to write about Mother Nature and Gemini? 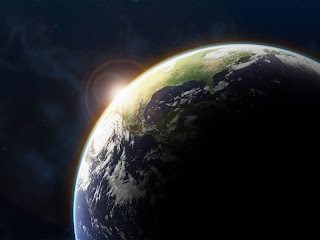 I wanted to convey the human race's abuse of the planet and make her a living, breathing, vengeful force. Since so many crazy things are happening with the earth, like earthquakes, tsunamis, and super storms, I wanted to come up with an explanation. Perhaps it's not scientific but maybe it will motivate our youth to think carefully about how they treat the earth and what the future holds.

6. The Apocalypse has arrived and you have a zombie beating down your door. You pick up the first thing you see to use as a weapon. What is it? xD

That concludes our interview!
Thanks for stopping by Jessica and good luck with your book. :) 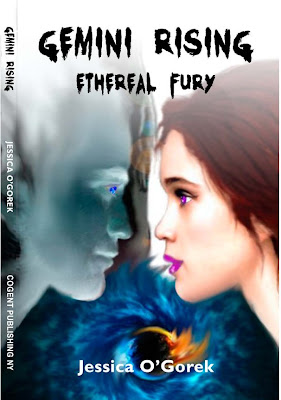 Mother Earth, wounded by the human race and its disregard for her resources, will recruit human souls to serve Her and turn against humanity. A rising force festers; Gemini, a clan of paranormal beings will systematically possess and destroy towns, cities, and states. Amidst the chaos, a forbidden relationship between Onyx, a lead Gemini, and Violette, a human, begins. They will both find themselves in the middle of a revolutionary war that will either save, or destroy our world.

I was born in Chesapeake, Virginia on April 19th, 1979. I was raised within the American Indian religion and was taught great respect for the earth and all its living beings. Powwows, sweat lodges, vision quests, you name it, I’ve done it. I was the weird kid who would confront kids on the playground in elementary school when they squished a bug. I would very sincerely tell them what they were doing was morally wrong and then I would pray for the bug to come back as a butterfly in its next life.

​​I grew up admiring my father, Barry Weinstock, as an author. He took me around the country to different places so he could research and write his Wilderness Survival books. One of his greatest works, “The Path of Power,” was written with a great medicine man, Sunbear. When I was twelve I started hand writing novels. My first one was two thousand pages. My dad always encouraged me and would rave about my writing. He gave me the confidence I needed to keep writing and follow my dream. My daughter, who is twelve, is currently working on her first novel. I hope to continue the legacy.