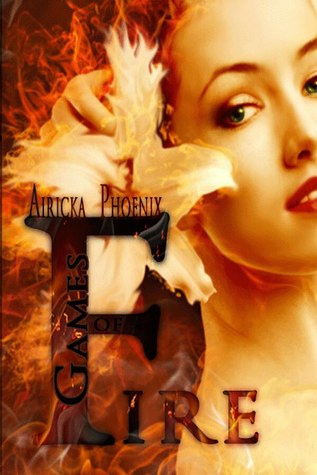 
Sophie has enough problems in her life without Spencer turning her blood to fire, without his eyes freezing and burning her, without his hatred of her. Since his migration into the house next to hers, Sophia Valdez isn't sure whether she wants to toss him under a bus or kiss that smirking mouth of his. But even as the temperature rises around them, leaping flames of passion, want and desire,everything either has ever known will be shattered by the lurking shadow hounding their every step, wanting revenge.

Spencer Rowth moves to the sleepy town of River Port with his mother and twelve year old sister, Suzy, to escape a deceitful father, an unfaithful girlfriend and a life crumbling much too fast for him to grapple onto only to be smacked upside the head by the last thing he wanted again. Sophie was everything he refused to want. Her temper, her wit, her laugh, her smile, the way her entire body goes up in flames under his hands are things he would rather slam a lid on and forget. Instead, he finds himself falling for the smart-mouth next door. But how long will he have before the evil chasing them catches up? How long before the very thing he never wanted becomes his only thread to sanity? And who is after them? What do they want and why do they want Spencer and Sophie dead?

I was able to finish the book, but I ended up skipping so many pages in between that it wasn't worth the dollar I paid to read it. The only reason I even took the energy to keep on skimming was to make sure that my guesses were correct. The story was so aggravatingly predictable and unrealistic, which subsequently made it boring. Protagonist gets in trouble. Protagonist runs into a "solid wall of muscle" that just happens to always be the mysterious, bad boy Spencer. Spencer saves the day and then withdraws within himself to stay away from said Protagonist. *Yawn* I never wavered from my first guess of who the murderer/psychopath really was, despite all the red herrings the author threw to try to deter the reader from guessing immediately.

And the exclamation marks!? Gah. Yeah, I understand a few here and there to emphasize a point or portray anger, but when you have consecutive pages of them, it just ends up sounding awkward and caveman like. If I had known that Games of Fire was flat out contemporary in the beginning, I would've never picked it up in the first place. I'm sure others who enjoy reading this genre will find Games of Fire much more intriguing than I, but I definitely will not be reading this again. I think I'm just going to stick with my normal paranormal/dystopian genres from now on. =/

Email ThisBlogThis!Share to TwitterShare to FacebookShare to Pinterest
Labels: 2013 Release, Contemporary, One and a Half Stars, Romance, Young Adult