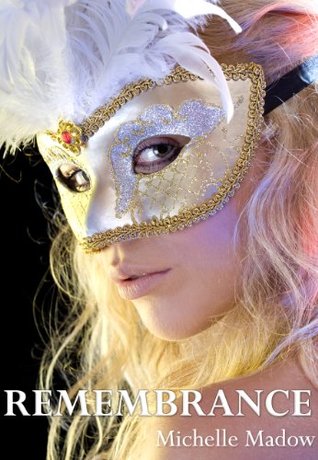 Lizzie Davenport has been reincarnated from Regency Era, England ... but she doesn't know it yet.

Then Drew Carmichael transfers into Lizzie's high school at the beginning of the year, and she feels a connection to him, almost like she knows him. She can't stop thinking about him, but whenever she tries talking with him about the mysteries behind her feelings, he makes it clear that he wants nothing to do with her. Reaching him is even more difficult because she has a boyfriend, Jeremy, who has started to become full of himself after being elected co-captain of the varsity soccer team, and her flirtatious best friend Chelsea starts dating Drew soon after his arrival. So why can't she get him out of her mind?

Even though Lizzie knows she should let go of her fascination with Drew, fighting fate isn't going to be easy.

Find The Book:
( Goodreads ! Amazon ! Barnes and Noble ! Kobo ! iBookstore)
Note: Remembrance sells at $ 0.99 for a limited time only! 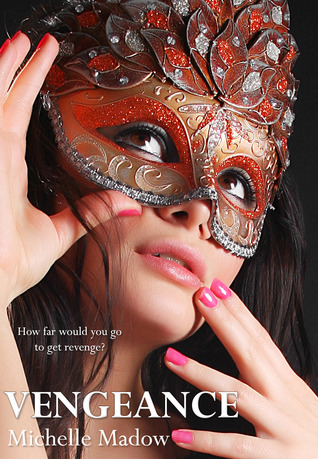 When Chelsea Givens discovered that her ex-boyfriend Drew dumped her to be with her former best friend Lizzie, she'd never felt so betrayed in her life. Then her new friend Shannon tells her she can help set things right. Chelsea's willing to listen, but what Shannon wants her to believe -- that she shared a past life with Drew -- is impossible. And what she wants her to do to get him back … well, it's downright crazy.

Could Shannon be telling the truth? And if she is, what lengths will Chelsea go if it means making Lizzie pay?

Find out in Vengeance, the second part of the Transcend Time Saga. 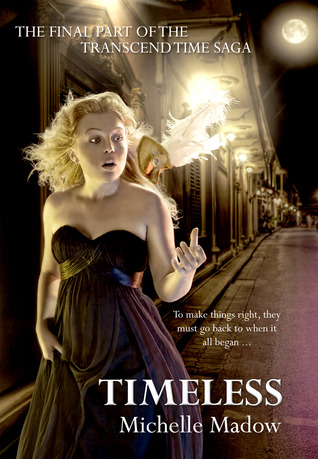 IT'S A RACE AGAINST TIME.

In Remembrance, Lizzie and Drew changed the course of fate so they could be together.

In Vengeance, Chelsea set fate back on its original, deadly path.

Now, strange things keep happening to Lizzie. Things that are omens of darkness to come. A curse has doomed her to die an early death, just as she did in her past life. To make matters worse, even if she can figure out who cast the curse, it's irreversible. There's only one option left for her to save herself. It's crazier than anything she's heard yet, and to do it, she'll need Drew and Chelsea's help.

Because to make things right, they must go back to when it all began ... and Lizzie discovers that the final events in her past life were more sinister than she ever imagined. 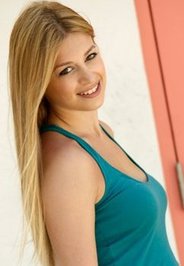 In the fall of 2008, Michelle saw Taylor Swift’s “Love Story” music video for the first time. She thought up a story to go along with the video, and wrote the first chapter as a homework assignment for class. Her classmates and teacher loved it so much that they wanted to know what happened next, so Michelle continued writing, and that story eventually became Remembrance, the first novel in the Transcend Time Saga. She’s so happy to be able to share this series with you, and hopes you enjoy reading it as much as she loved writing it!

Michelle lives in Florida, and is hard at work writing more novels for young adults.

1) I love singing—especially Broadway showtunes! I have a mediocre voice though, so I was always in the chorus in school plays. (The high point of my theatre career was when I got the part of Pinocchio at a local theatre group when I was ten. It was downhill from there.) If you want to hear me sing, I have an old video on YouTube (www.youtube.com/michellemadow) of me singing "On My Own" from Les Miserables. But as I warned you, my voice was never “the best,” or good enough to get me a lead part in high school.

2) I was in a pre-professional dance program for ten years. Dance was a HUGE part of my life until my senior year of high school. I did ballet, jazz, modern, hip-hop, and some tap. When I was in seventh grade I performed with the Russian Ballet in “The Nutcracker”—I had the part of one of the little mice! (When the Russian Ballet tours the country, they cast the children’s roles separately in each city.) I eventually stopped dance in my senior year, because my program wanted me to rehearse until 10:30 PM on Friday nights. I realized I wasn’t going to be a professional dancer, and that I preferred to have a social life.

3) I was in a sorority for my first three years of college. I didn’t plan on doing recruitment, but one of my close friends talked me into attending a “sorority open house,” where I ended up receiving a bid to join the sorority. I didn’t have many friends in the beginning of college, so I decided to join because it would help me branch out. I’m glad I did, because I met my three closest friends in that sorority, and they are still my best friends today. I’m not good at following arbitrary rules though (I question every rule and need to understand WHY it’s in place if I’m going to follow it) so I got in “trouble” with the sorority a lot. I wrote Remembrance when I was a junior, and after signing with an agent in the summer between my junior and senior year of college, I decided to drop out of the sorority in my senior year so I could focus more on my writing.

4) I've broken both my ankles—luckily at separate times! The first time was in fourth grade. I was playing a make-believe game with a friend that involved fake-flying. I decided to jump out of a tree. Bad decision. The second time was in sixth grade. I was excited for the end of the school day, and ran to my mom’s car when she arrived to pick me up. I randomly decided to do a ballet leap on the way there, but the ground was icy, and I didn’t land right. Another bad decision.

5) I cannot draw. Seriously … my drawing/painting skills are pathetic. I can barely make a stick figure. Something doesn’t compute right when I try to draw an image. I’m so bad that I can’t even play the game “Draw Something” because I get so frustrated! Part of the reason I made Lizzie an artist in Remembrance is because it’s a skill I highly admire, since I have no concept of how to do it myself.

6) I wish I’d taken writing seriously at a younger age. I never considered writing novels as a serious possibility until I was a junior in college. I wish I could go back in time and tell my fifteen year old self to stop caring about dance so much (since dance was always a short term goal of mine), and to think more long-term and start writing novels in high school. To those of you who are in high school and are already taking writing seriously, I give you major props. I wish I had been more like you when I was your age.

7) I tried to play guitar for years, but was never any good. It’s sad, but true. You see, my dad and brother both play guitar. They’re not experts, but they’re good enough so they can play songs and entertain people. I wanted to be able to do that so badly, so I got a guitar and started playing when I was in tenth grade. I had trouble with strumming at first, but I figured I would improve with practice. After two years of practice, my strumming was still terrible, so I set aside guitar. Then I picked it back up when I was a junior in college. I practiced almost every day when I was a junior and senior, but remained awful at strumming. I could only manage to strum a song right if I focused very hard on it, but then I couldn’t sing along. Even then, the strumming wasn’t that great. Eventually, I realized I just wasn’t naturally talented at guitar, and set it aside again.

8) I was obsessed with Star Wars in fourth grade. I watched the movies multiple times, and started a Star Wars action figure collection (that I still have today). I have a Millennium Falcon for them and everything! In fourth grade I brought my action figures to school, and insisted my friends do the same, so we could create make believe stories set in the Star Wars universe and have our action figures act them out. (Luckily, I went to a very small school then—I had 12 kids in my grade—and I somehow managed to make Star Wars cool, so no one thought I was a total loser.) I can’t imagine what people would have thought of me if I were in public school!

9) I don’t like most cold or room temperature foods. I have this (kind of weird) thing about hot food. I pretty much ONLY eat food that’s hot. I don’t like cereal for breakfast, and I definitely don’t understand the appeal of sushi for dinner. (Cold AND uncooked?! Gross.) I’ll occasionally have a room temperature food as snack (it happens rarely, though). But I never feel satisfied from a meal unless it’s hot.

10) Discovering that I wanted to take writing seriously made me grow as a person more than I had ever thought possible. In high school and the first two years of college, I worried about what people thought of me. I’ve never been naturally “cool,” but I wanted to be part of that crowd so badly that I tried too hard, which resulted in them not liking me. Then I discovered writing in the beginning of my junior year of college, and suddenly what people thought of me wasn’t important anymore. I realized there was no point in trying to be “cool” when there were tons of other awesome people out there who I had more in common with, anyway, and I had more fun hanging out with. I stopped caring about what others thought of me, and learned to be happy and proud of who I actually am. That realization led to me being happier in those last two years of college than I was in the first two years of college and high school combined—and because I was more confident, I ended up with an awesome group of friends!