Blog Tour: The Children and the Blood by Megan Peterson 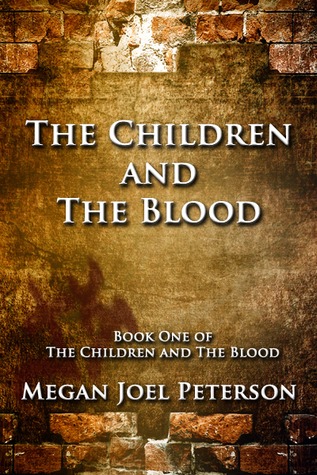 Eight years ago, an exploding gas main killed Ashley’s family and left her with a childhood she can’t remember. Eight years later, the forgotten past is behind her and life on her isolated farm is all she knows.

Until that past comes looking for her.

Until men with superhuman powers hunt her down in the night, determined to take everything she loves away from her again.

I was truly surprised by how much I enjoyed this one. When I began The Children and the Blood, I was a bit skeptical as to if I would be able to get into the story, because you never really know with Self-Published authors. Sometimes they're a huge success and make you wonder why they weren't picked up by a publishing company. Other times, the majority of the time, their writing needs a bit more polishing before they can actually call their novel, a well-executed novel. However, Megan cleared up my lingering doubts immediately! Within the first few chapters, I was caught up in her writing, anxiously flipping pages to discover what happens next.

If your main issue with Self-Published novels is the grammar and spelling, don't fret! Although I'm nowhere near a Grammar Wiz by any means, I do know enough to tell you that there aren't any glaringly obvious spelling errors, if there were any at all to begin with. Megan's writing style reminded me of that of a much more experienced author. Heck, her writing style is a lot more refined than many published authors period. Her sentences flowed smoothly and she transitioned between viewpoints flawlessly, which is definitely no easy feat to accomplish. I never had any trouble discerning the perspective the story was being told from. In fact, the constant switch between characters was probably the reason why I wasn't able to set the book down. Most of the time, she ended her chapters with a sort of epic cliffhanger that left you grasping at straws. And of course, with my meager self-control with anything book related, I found myself dodging sleep to read just one more chapter.

Now that brings us to the action. For me, action and premise usually share a direct relationship. Look at that! I brought math into this. Curse you, Algebra 2! Basically, the more interesting the premise, the more interesting the action. Makes everything seem all the more....involving, for lack of better term. The synopsis made it pretty obvious that magic was involved, that I knew was coming. However, what I didn't expect was the way Megan incorporated that magic into the story. I loved learning about the origins and history on her innovative twist on magic and how everything came to be in an otherwise contemporary, mundane world. She answered the questions that were forming in my mind, yet left just the right amount unanswered to give it that mysterious and cryptic edge. I don't want to give anything else away, but I will include that her version of magic is pretty darn cool, like control over fire, nothing lame like some stories I've come across.

Since I read this novel about a month ago, the details on the characters are a bit fuzzy. The POVs were told by a police officer whose name alludes me at the moment, Ashley, and Cole. This resulted in a much more diverse read, since we were able to see the story through more than one perspective. Although the police officer's part did sort of aggravate me a bit. Let me explain...Since I was privy to Ashley and Cole's story, I was able to perceive truth from downright lie, and since the police officer had the misfortune of running in the wrong circles, his source of information tended to fall towards the lie side. I wanted to scream, "There innocent!" to him a countless number of times, but I understand why he made the decisions he made. There wasn't a strict switching back and forth rule between the characters, but Megan usually kept the POVs between Ashley and Cole, because they were the main focus in the story.

I admired how quick Ashley was on her feet and how she managed to repress her fear and control her emotions, even when she had no idea what was happening to her. She was a strong and likable person who I would love to read more about! She grew in character as the story progressed, and instead of staying a meek, fearful young girl, she turned into a strong and brave young woman who wasn't afraid to fight for what she believed in. Cole, on the other hand, I didn't like as much. I respected him for looking after Ashley's little sister and taking care of her, but I felt that he was way too impulsive in his actions. He didn't wait and think things through, he just did. He walked into dangerous situations even when he knew they had a high probability of being traps. I mean, even if you wanted answers that desperately, you could at least devise a sneaky way of getting them instead of walking head-first into, I don't know, an ambush? There were so many times when I just wanted to smack some common sense into him. *Shakes head*

Overall, I was surprised by how much I enjoyed my time with The Children and The Blood! In the beginning, I really wasn't sure what to expect since it was a Self-Published book. With those, it's usually just a toss up and all you can do is hope that it's one of the good ones. Thankfully, it was! I loved the unique premise Megan created in an otherwise overused genre and the twists she added to make it uniquely her own. The action was stimulating and I enjoyed reading about most of the characters, with one exception. :P I can't wait to read the sequel! This series is one that should not be missed, especially for those who are drawn towards magic and fantasy.


*An ARC was provided by the author and Xpresso Book Tours
in exchange for a honest and thoughtful review. 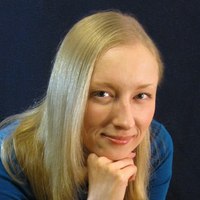 Megan Joel Peterson lives somewhere between the cornfields of Illinois and fantasy worlds filled with magic and wizards. She has a degree in English Literature from the University of Illinois, and has worked a little bit of everywhere over the years. Now she spends her days and nights creating new stories, and thinks writing is the best job she ever could have asked for. The Children and The Blood is her first published novel.