Cover Reveal: Shadow of the Mark

Shadow of the Mark by Leigh Fallon 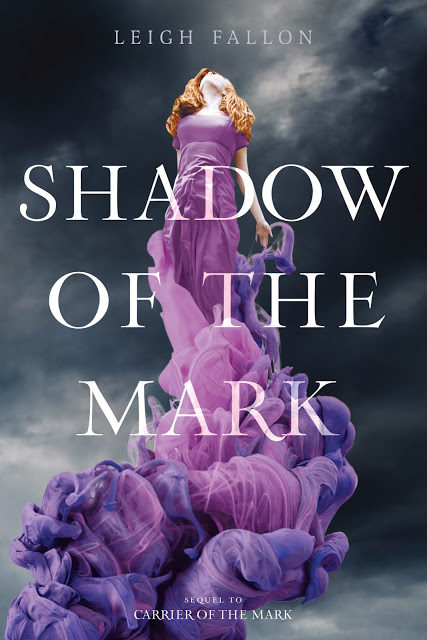 While she evoked the air element, and her feelings for Adam intensified, a web of lies, deceit, and betrayal was spun around her. With the Order tightening its hold, and the reinstatement of the Mark Knights, Megan has more questions than answers as the Marked Ones grow in strength.

New people arouse suspicion, the DeRises start behaving strangely, and Megan begins to unravel a destiny shrouded in mystery. It’s a destiny the Order has struggled to hide, and a destiny someone from the past… far in the past, has already laid claim to.

Alliances will be made, and friends will be lost, as the Order’s dark secrets are revealed by the very thing they sought to destroy.
Some Extra Information:
Release Date: July 9, 2013
Publisher: Harperteen
Book One: Carrier of the Mark
Book Two: Shadow of the Mark
Book Three: Age of the Fifth (2013)