We are thrilled to announce that the amazing Janelle Stalder has become a part of the shareAread Family. So in order to celebrate this event we are launching a huge giveaway. shareAread and Janelle Stalder are giving away 100 copies, yes!!!
You read that right.......

100 E-Copies of Eden by Janelle Stalder 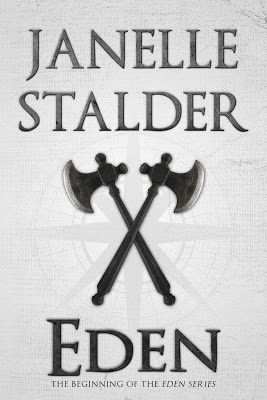 (Eden #1)
This means that there are going to be 100 Winners!
What do we ask in exchange, well all you have to do is fill the always useful raffle at the bottom and if you win a copy that you give it a super honest review!!!!


This is the first title of an amazing series that creates an exceptional story where worlds collide, tensions mount, love ensues, and war escalates.

Trapped within the cruel world of hormones and bullies, fifteen-year-old Aiden is convinced life has more to offer him. His instincts are proven correct on the night he is awakened by a voice calling to him from outside his window. As he sleepily peers into his yard, his eyes slowly focus on a woman who says she is there to take him to Eden. Aiden is about to fulfill the life purpose he never knew he had.

It is in Eden, a land on the brink of war, where Aiden will finally learn to trust himself and those around him. Accompanied by Wolf, his sidekick Logan, and the beautiful archer, Elisa, Aiden is soon thrust into a battle to save Eden. Meanwhile Elisa, the only girl in the King's Army, is in the midst of her own struggles. Betrothed to a man she has no intention of marrying, Elisa is caught between the need to prove herself and her desire for true happiness. And now that she has met Aiden, she is more confused than ever. In this action-packed fantasy tale, romance, adventure, and intrigue surround Aiden as he learns just what he is capable of when he discovers confidence and courage. 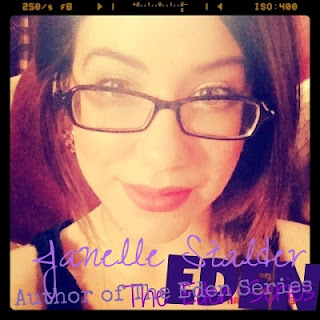 Janelle Stalder was born and raised in Brampton, Ontario. At an early age she developed a love for literature. Her debut novel, Eden, was the first book in a series of four, released in September of 2011. The second book, Eden-West, was released in July of 2012, and the third book, Eden-South was released in March of 2013. The fourth book of the Eden Series, Eden-East, will be release at the end of 2013. She is a strong supporter of other indie authors, and loves to interact with her readers. When she’s not writing, Janelle is at home with her husband, two children, Aiden and Elora, and her two furry children, Alice and Lily. She now resides in the small town of Orangeville, Ontario in her old, possibly haunted, century home.
Visit her blog at janellestalder.tumblr.com for updates on her books, and follow her on Twitter at @jmstalder.

The Eden Series can be purchased on Amazon and Barnes & Noble,
and most other major retailers where books are sold.

Now is giveaway time please fill the raffle below and we wish you all the best of luck!!!