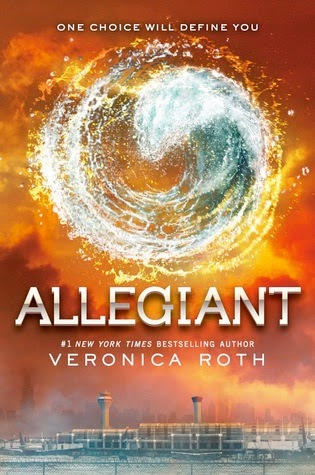 The faction-based society that Tris Prior once believed in is shattered—fractured by violence and power struggles and scarred by loss and betrayal. So when offered a chance to explore the world past the limits she’s known, Tris is ready. Perhaps beyond the fence, she and Tobias will find a simple new life together, free from complicated lies, tangled loyalties, and painful memories.

But Tris’s new reality is even more alarming than the one she left behind. Old discoveries are quickly rendered meaningless. Explosive new truths change the hearts of those she loves. And once again, Tris must battle to comprehend the complexities of human nature—and of herself—while facing impossible choices about courage, allegiance, sacrifice, and love.

Told from a riveting dual perspective, Allegiant, by #1 New York Times best-selling author Veronica Roth, brings the Divergent series to a powerful conclusion while revealing the secrets of the dystopian world that has captivated millions of readers in Divergent and Insurgent.

"I don't need to relive my fears anymore.
All I need to do now is try to overcome them."

This is one of the main reasons why I admire Veronica Roth's Divergent series so much. She packs so much meaning into her books, meanings that we can apply to our own, everyday lives. She connects with her readers on an emotional level that other authors rarely do. Literally, there's at least one sentence on each page that can be turned into an inspirational quote fit for a Hallmark coffee mug. However, even though I do love the message behind her words, I'm not saying that I'm a particular fan of her writing style. Back when I was reading Divergent, I didn't notice it too much, because there was nothing to compare it to. However, after two years of extensive, more like obsessive, reading, I realized that Roth's writing sounded choppy and forced compared to some of my other favorite authors. The first few chapters were difficult to get into, because the sentences rolled unnaturally off my tongue. But after a bit of fumbling, I adapted to her writing style, and it became easier and easier to ignore my discomfort with it.

Another thing that I wasn't a huge fan of was the constant switching point of views between Tris and Tobias. If it was a regular, continuous switch off every other chapter, it might've worked better, but the transitions were completely random. Plus, Tobias's voice sounded exactly like Tris's, which was confusing at the least and disturbing at the most. Because of that, I had to constantly flip back and forth between pages in order to see whose perspective I was actually reading from.

Tris is definitely one of my favorite heroines of all time. She's such an intricately woven character with so much depth! Instead of the flat, two dimensional characters we see in so many YA novels, Veronica has given us a heroine who knows that she isn't perfect, knows that she's made mistakes, but nonetheless tries her best to learn from them, and ultimately, overcome them. She doesn't break from all the guilt of her past actions, instead, she does her best to amend them. Tris is no longer that insecure girl who didn't know what choice to make. Now, she's a strong, brave, confident woman who isn't afraid of what the future might bring. She knows that she's ready to face whatever situation life throws her way.

Tobias, on the other hand, seems to be less secure than he was in previous books. Or maybe, he was always that way, but we never saw it in his perspective. After a secret is revealed about what he really is, he starts to doubt himself. He begins to think that he's less of a man than he was in the past. He has trouble coming to terms with this new information throughout the novel, which eventually leads him to do things that he originally wouldn't have done. But this is heading into spoilery area, so I'll leave you with that.

Like every other novel in the Divergent trilogy, Allegiant was impossible to put down. Even though it was much more predictable, considering the fact that I was spoiled about it beforehand, I was engaged in it nonetheless. Although I admit, I was surprised that Roth decided to place like 90% of her story outside the city.

Overall, I enjoyed reading Allegiant and didn't consider it a waste of my time, despite the heart-breaking ending. I was a bit confused on my feelings right after reading the book, because my mind couldn't decide whether I actually enjoyed it or not. However, after the whole story sank in, I finally decided that I did like it, even though it caused me permanent emotional damage. I might've had a different opinion if I wasn't spoiled about the ending before, but since that unfortunately did happen, I already expected it. Hence, taking away any surprise on my part. However, I'm not going to hold that against the book itself, because that's obviously no fault on Veronica's part. Only advice I have for anyone who is planning on actually reading the novel is that you stop reading reviews, because you definitely do NOT want to be spoiled on a novel like this one. 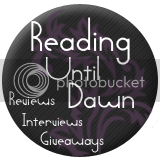