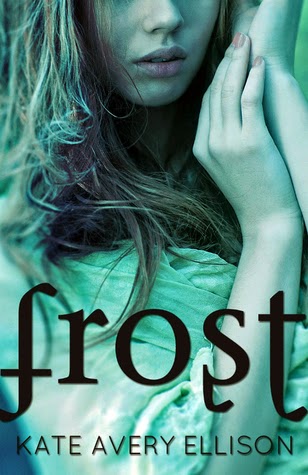 In the icy, monster-plagued world of the Frost, one wrong move and a person could end up dead—and Lia Weaver knows this better than anyone.

After monsters kill her parents, Lia must keep the family farm running despite the freezing cold and threat of monster attacks or risk losing her siblings to reassignment by the village Elders. With dangers on all sides and failure just one wrong step away, she can’t afford to let her emotions lead her astray. So when her sister finds a fugitive bleeding to death in the forest—a young stranger named Gabe—Lia surprises herself and does the unthinkable.


She saves his life.

Giving shelter to the fugitive could get her in trouble. The Elders have always described the advanced society of people beyond the Frost, the “Farthers,” as ruthless and cruel. But Lia is startled to find that Gabe is empathetic and intelligent…and handsome. She might even be falling in love with him.

But time is running out. The monsters from the forest circle the farm at night. The village leader is starting to ask questions. Farther soldiers are searching for Gabe. Lia must locate a secret organization called the Thorns to help Gabe escape to safety, but every move she makes puts her in more danger. 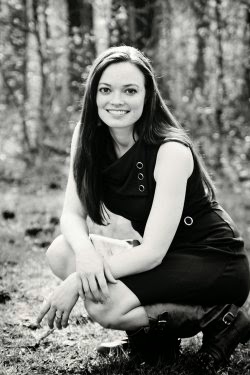 I live in Georgia with my wonderful husband and two spoiled cats. When I'm not writing, I'm usually catching up on my extensive Netflix queue, reading a book, giggling at something funny online, or trying to convince my husband to give me just ONE bite of whatever he's eating.

Learn more about my writing and books at my blog (http://thesouthernscrawl.blogspot.com/), find teasers for upcoming works on my Facebook page (https://www.facebook.com/kateaveryellison), and subscribe to my new releases newsletter to be notified of new novels as soon as they hit stores (https://tinyletter.com/kateaveryellison)!


He came out of nowhere, hitting me hard from one side and knocking me over. We rolled together across the floor and he came out on top, his hands on either side of my head, holding my wrists down against the stones. His burning eyes bored into mine.
I couldn’t seem to find my breath. The whole world slowed down, and I realized with perfect clarity that he might kill me.
“Don’t scream,” he hissed.
I shook my head.
“How far is the village?” He whispered it, the words harsh and raspy in the air between us. I could see his mind working behind his eyes—was he calculating how long it would take him to try to struggle away on his own, how long before they found my lifeless body?
I was neither brave nor stupid. I told him what he wanted to know. “The village is less than a mile.”
He grimaced, and I realized he must be half-mad with the pain. Maybe if I moved suddenly, I could throw him off and get to the door...
He must have sensed my plan, for he pressed down harder on my wrists, keeping me pinned. “And the gate?”
“What gate? You mean the village gate?”
He didn’t explain. “The mountains, then.”
“The farm sits in its shadow,” I gasped. His hands were cutting off my circulation. “But killing me does nothing to help you. You are too weak to get far, and the Watchers fill the woods.”
His eyebrows drew together sharply, and he coughed. He was weakening—I could see it. “Kill you?”
His grip on my wrists slackened. I saw my chance, and I took advantage of it.
I slammed my elbow into his face. The Farther cried out, falling sideways like a puppet with its strings cut. I scrambled up for the door and yanked it open.
“Stop—wait—”
I turned. He was crumpled on the ground, his limbs shaking. I could see that he had no strength left.
“I’m sorry if I hurt you,” he gasped. “I just needed answers.”
I lingered, not running but not relaxing, either. “You would kill me for information, then?”
He pressed a hand against his side and wheezed a bewildered laugh. “I’m not a murderer of farm girls. Not even those who plan to harm me.”
“Harm you?” My words were sharp. “I’m sticking my neck out for you. I’m putting my family in danger for you. I’m sheltering and feeding you—and for what? It’s you who just tried to harm me.”
“I just needed information about my location,” he said, wincing at my words. He struggled up into a kneeling position and raised his dazzling blue eyes to mine. Blood colored his lip red. “I won’t try anything again, I promise, even though I know you want me dead.”
It was my turn to laugh, breathlessly. “You make no sense.” I grabbed the herbs from my pocket and brandished them at him. “I came to bring you these for your wound. I’m not going to kill you. I just want you gone before you can cause any more trouble.”
His expression turned inside out—the planes of his face softened in surprise, and his eyes widened slightly. But then they slitted shut, and I could tell he didn’t believe me. “You’re lying.”
“Why would I lie?” I snapped. “If I wanted to kill you, I’d have done it by now. I could have simply left you in the snow, or refused to clean your wounds, or refused to feed you.”
He was silent, considering this. Some of the wild terror on his face eased at the logic of what I’d said. “Why haven’t you? Left me to die, I mean?”
I didn’t answer that, because I didn’t know how to put my reasons into words. I didn’t even quite know what the reasons were.