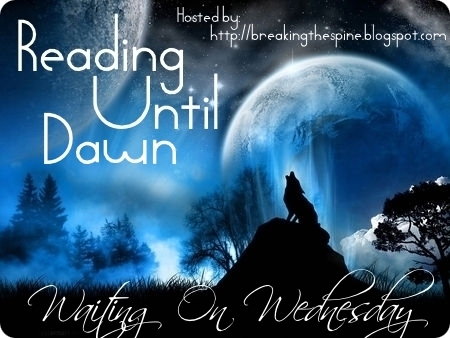 This week's WoW is The Shadow Throne by Jennifer Nielsen.


One war.
Too many deadly battles.
Can a king save his kingdom, when his own survival seems unlikely?

War has come to Carthya. It knocks at every door and window in the land. And when Jaron learns that King Vargan of Avenia has kidnapped Imogen in a plot to bring Carthya to its knees, Jaron knows it is up to him to embark on a daring rescue mission. But everything that can go wrong does.

His friends are flung far and wide across Carthya and its neighbouring lands. In a last-ditch effort to stave off what looks to be a devastating loss for the kingdom, Jaron undertakes what may be his last journey to save everything and everyone he loves. But even with his lightning-quick wit, Jaron cannot forestall the terrible danger that descends on him and his country. Along the way, will he lose what matters most? And in the end, who will sit on Carthya's throne?

Rousing and affecting, Jaron's adventures have thrilled and moved readers in The False Prince and The Runaway King. Journey once again with the Ascendant King of Carthya, as New York Times bestselling author Jennifer A. Nielsen brings his story to a stunning conclusion with The Shadow Throne.

*Wipes tears* The end of The Ascendance trilogy is drawing near. This has been one of my favorite middle grade series, up in the ranks with Percy Jackson, which isn't something to be said lightly. I'm going to miss Jaron and his crazy antics. And what is this "Die for the Throne." business in the slogan? If Jennifer takes Jaron away from me, I'm going to be in ruins. I guarantee it.

How about you? What book are you waiting on this Wednesday?
Posted by Daphne at 12:00 AM