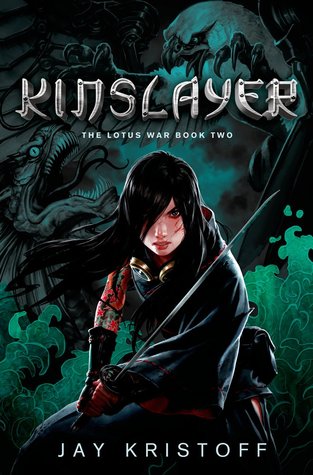 
A SHATTERED EMPIRE
The mad Shōgun Yoritomo has been assassinated by the Stormdancer Yukiko, and the threat of civil war looms over the Shima Imperium. The Lotus Guild conspires to renew the nation’s broken dynasty and crush the growing rebellion simultaneously – by endorsing a new Shōgun who desires nothing more than to see Yukiko dead.


A DARK LEGACY
Yukiko and the mighty thunder tiger Buruu have been cast in the role of heroes by the Kagé rebellion. But Yukiko herself is blinded by rage over her father’s death, and her ability to hear the thoughts of beasts is swelling beyond her power to control. Along with Buruu, Yukiko’s anchor is Kin, the rebel Guildsman who helped her escape from Yoritomo’s clutches. But Kin has his own secrets, and is haunted by visions of a future he’d rather die than see realized.


A GATHERING STORM
Kagé assassins lurk within the Shōgun’s palace, plotting to end the new dynasty before it begins. A waif from Kigen’s gutters begins a friendship that could undo the entire empire. A new enemy gathers its strength, readying to push the fracturing Shima imperium into a war it cannot hope to survive. And across raging oceans, amongst islands of black glass, Yukiko and Buruu will face foes no katana or talon can defeat.


The ghosts of a blood-stained past.

The second I flipped to the first page, I instinctively knew that Kinslayer would be the novel to bring me out of my month long reading depression. That mourning period of time after you read a really really good novel and feel as if you'll never be able to face another with the same enthusiasm. If you're an old time subscriber, you'd already know that I've been away on vacation in China for the past month, which sadly means that I only had the books that I brought along with me annnnd that I had no way to access my poor, neglected blog. Sucks, I know. But that just made the surprise all the sweeter when I came home to not one....but two ARC copies of Kinslayer...which means that they'll be a giveaway coming up very soon, so stay tuned. :D

One of the awesomely unique aspects of this novel is the character directory in the beginning. Something I desperately needed since I forgot most of the minor characters' names. Along with the names came a brief, but helpful, description of the character and the location they were last seen in at the end of Stormdancer. Another thing that I admired about Jay's novel was that he recapped, in a subtle fashion, the major events that occurred in Stormdancer in a way that jogged your memory but didn't leave you bored to tears or irritatingly patronized by rehearing things that you already knew.

All of the characters in Kinslayer played strong roles leading up to the overall outcome of the novel. And since Jay decided to stick to the third person writing style he used in Stormdancer, we saw from all of their perspectives and how the rebellion affected each and every single one of their lives. This tactic.....was both good and bad in my eyes, because yes, I definitely enjoyed knowing what was happening to each character.....but at the same time I was itching to skim pages because my mind was more set on hearing Yukiko's story then that of the other peoples.

I fell in love with most of the characters because they were such capable, independent people, people that you'd aspire to be one day, minus all the killing of course. Even though they were bad a, they were still vulnerable in their own ways, even Michi, who scared the shit out of me sometimes with her ruthlessness. However, the things she did only made me respect her character all the more. After everything that's happened in her past, she's not willing to take chances on anyone any longer. She does whatever is needed for the sake of survival, manipulating the people around her into thinking she's just a helpless young girl seeking some semblance of direction in her life when there's a lethal, cold-blooded killer hiding just below the surface instead. And Yukiko? There were so many times that I found myself being crushed by all the feels when I saw Yukiko losing herself piece by piece to the fury within her after all that happened with her father. Even though life kept throwing seemingly unconquerable obstacles in her way, tripping her over and over again, she still got up and kept fighting, even when most of the world would have just given up.

Jay's unique writing style was both a blessing and a curse. A blessing because he always spoke in a melodious, poetic, and elegant way, even when spouting off a joke. Therefore, making the story flow from page to page in a seamless way. There weren't any awkward pauses or stilted sentences whatsoever which I was grateful for. However, it was also a curse, because with so many descriptive details, so much world-building, it made the plot drag a little bit. Nowhere near the way it dragged in the first novel, but still enough to be noticed from time to time.

Overall, Kinslayer was a great read that I thoroughly enjoyed, perhaps even more then its predecessor. The twists, turns, and jaw-dropping betrayals had me sobbing hysterically and punching walls. It's truly a rare thing to take me completely by surprise without at least a vague notion of what's going to happen next, but Jay succeeded in doing it anyways. The comedy was absolutely hilarious, best I've seen in a long time. Jay has his very own special type of humor that I just couldn't get enough of. Adding to that, this novel also had a badass, katana wielding heroine and revolved around an amazing Japanese culture centered theme. Love. Love. LOVE. Will be eagerly awaiting to discover where Yukiko and Burruu's adventures will lead me next. 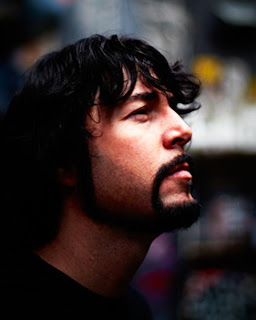 Jay Kristoff is a Perth-born, Melbourne-based author. His first trilogy, THE LOTUS WAR, was purchased in the three-way auction by US publishing houses in 2011. He is as surprised about it as you are. The first installment, STORMDANCER, is set to be published in September 2012 in the US, UK and Australia.

Jay is 6’7, has approximately 13870 days to live and does not believe in happy endings.